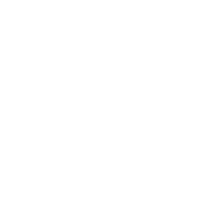 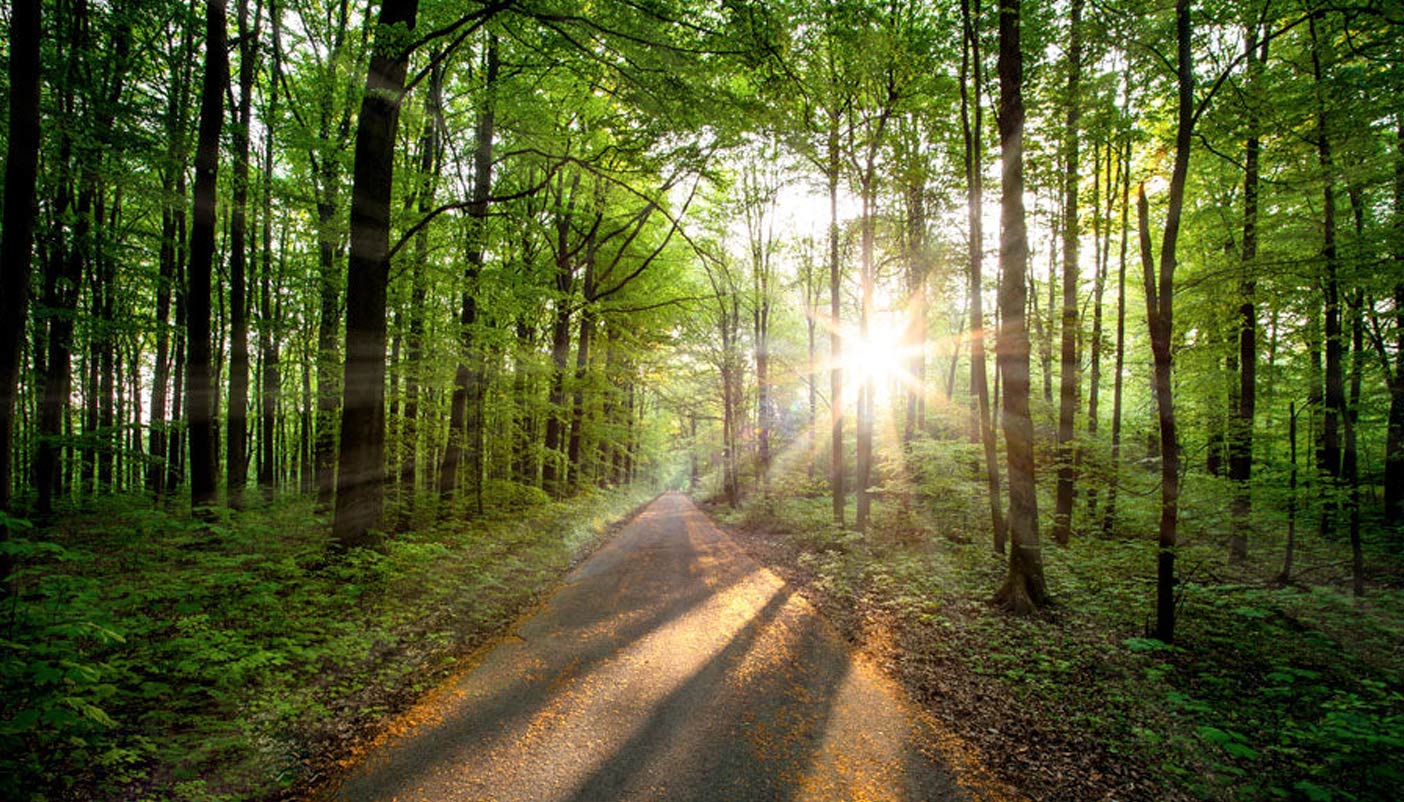 Human activity such as burning fossil fuels and deforestation is creating a surplus of carbon dioxide and other greenhouse gases in the atmosphere, which is causing an increase in global temperatures. If the rate at which we emit carbon does not dramatically slow down, this increase could have dramatic effects on our weather systems, increase sea levels, displace millions of people and cause many other species to become extinct. Planting billions of trees has been suggested as one of the quickest and most cost-effective ways of fighting the climate emergency, as trees absorb and store (sequester) carbon. By understanding how trees store carbon, we can look at forests as a method of sequestering some of the excess carbon produced by anthropogenic activities and assess how effective this mitigation might be.

Trees store carbon predominantly in the form of carbohydrates, for immediate and long-term growth. Carbohydrates are produced using photosynthesis, the process that occurs within all plants to convert sunlight into chemical energy.

Photosynthesis is the basis of almost all life on Earth as it converts inorganic compounds into fuel for living organisms. As well as providing energy for plants to live and grow, it provides oxygen for other organisms to breathe and stored carbohydrates that animals can consume. Trees absorb light into their leaves into green-pigmented chloroplasts in cells, draw up water through their root system and take in carbon dioxide via stomata, tiny holes in their leaves. The light energy is used to power the chemical reaction within the chloroplasts, which splits the water and carbon dioxide and recombines them into glucose, an organic compound that includes carbon.

‍The glucose is then carried around the tree for immediate energy via the phloem, a layer just under the bark and the oxygen is emitted via the stomata on the leaves. Once the glucose reaches a cell where it is needed, it is broken back down via respiration into energy for the cell, carbon dioxide and water. The carbon dioxide and water are carried back to the leaves and emitted via the stomata. This is how the tree keeps functioning overnight when there is no sunlight, as cellular respiration continues. Any unused glucose is stored as starch in the trunk, branches and roots for later use. Although trees do produce carbon dioxide during respiration, they are net absorbers of CO2 because of this carbon store.

Following photosynthesis, glucose (and the constituent carbon) that is not used is stored in the form of starch in the sapwood layer, or xylem, of a tree trunk.

The starch is stored in a network of interlinked cells called the symplast until it is needed. During dormant periods when they do not have any leaves for photosynthesis, deciduous trees respond to triggers such as lowering temperatures by converting the starch back to sugars including glucose by a process called hydrolysis. The sugars are then transported to where they are needed from the symplast, although the exact mechanism is unclear. The process of respiration then breaks the glucose back down into energy, carbon dioxide and water. Trees need to mobilise these stored resources overwinter for maintenance but particularly at budburst, to create new leaves, when there are no existing leaves for photosynthesis. The carbon store in the sapwood is transitory, therefore, available to be used for respiration when the tree needs it.

The heartwood of a tree is formed from the xylem as the tree grows and it provides structural strength and defence against disease and decay. It is considered to be biologically inactive and it no longer transports or stores carbohydrates. Heartwood does store carbon in the form of lignin (a structural component), resins and phenols and indeed in many tree species there is a higher concentration of carbon in the heartwood than the sapwood. This carbon store in heartwood can be significant, especially in long-lived species such as California redwoods (Sequoia sempervirens), where 63-77% of aboveground carbon is stored in the heartwood. The lack of transition of the carbon from the heartwood to the rest of the tree means that this carbon is stored permanently until the tree dies or is cut down. If a tree is cut down for timber, the carbon remains stored in the wood, so it can be used in construction or for making furniture or paper – it is only when wood or paper is burned or rots that the carbon is released. Recent research has indicated that there is huge potential for long-term carbon storage in timber if we change construction methods, which would have the additional benefit of reducing the high emissions from using concrete in construction (8% of global carbon emissions are due to cement). There is high variation in how much heartwood different tree species have and indeed some fast-growing species such as silver birch (Betula pendula) do not have heartwood at all.

Carbon in the form of starch is not only stored in the trunk, but also in the root system of trees. The proportion of a carbon stored by a tree in the belowground root system is estimated to be around 24%, although root biomass varies significantly between species. Starch reserves can move between the trunk and the root system in response to changing temperatures. Indeed when the soil is warmer than the air in autumn and winter starch accumulates in the roots, whereas there is a shift of carbohydrates to the above ground biomass when the air is warmer than the soil in spring and summer.

Understanding the carbon storage dynamics of how the tree species in a forest are storing carbon can help us to understand how best to structure new forests or reforestation projects for maximum carbon capture.

By storing carbon temporarily and permanently in their biomass, trees act as a sink for carbon, sequestering more than they return into the atmosphere. Carbon is stored not only in the biomass of the trees themselves but around 48% of carbon is stored in the leaf litter and soil of the forest, meaning that a healthy forest ecosystem stores far more carbon than trees individually. This all contributes to making forests the largest component of the 29% of atmospheric carbon that is absorbed by land. A pivotal study calculated that forests have the potential to absorb up to 25% of the current atmospheric carbon pool and are one of the most cost-effective tools to reduce the CO2 surplus. To date, forests appear to be sequestering half of the excess atmospheric carbon dioxide being produced by anthropogenic activity, and their productivity has increased as a result of higher levels of CO2.

There is a wealth of research ongoing into how to plant and manage forests to maximise their carbon sequestration potential, because this can have a dramatic impact on how effective a forest is at absorbing and storing carbon. Watching the NASA simulation of how deciduous forests absorb carbon when they come into leaf in May / June gives a striking insight into how effective this process is.

Given what we understand about how trees store carbon, it is evident that preserving existing forest with long-lived trees is critical to reducing global warming. Although harvested timber stores carbon, the dynamic carbon storage of the tree through photosynthesis and respiration is lost when it is cut down. There has been much discussion of whether tree growth and respiration slows down as trees age, but more recent studies have found that older trees do not slow down photosynthesis and hence carbon absorption. By contrast, new forests and forest regrowth absorb carbon more quickly than old forests due to competition between saplings. By appreciating these dynamics and factoring in our understanding of how different tree species store and use carbohydrates, it becomes clear that planting mixed species forests can greatly increase carbon storage. This is reinforced by research showing that natural forests are 40 times better at sequestering carbon than plantations, partly due to the soil, leaf litter and deadwood present in natural forests.

Most of the current tree planting projects have focused on the tropics, where trees grow quicker in the warm temperatures and high humidity, but many have planted non-native fast-growing species, which does not enhance biodiversity or restore local forest. Although traditionally tropical forests have been considered to be the most important store of sequestered carbon, temperate zones may be capable of storing more carbon per hectare, with boreal conifers in particular storing more carbon in their wood. Mangrove forests sequester the most carbon per hectare of any forest type, but they are disappearing rapidly due to land clearance for agriculture and shrimp farming. With evidence that tropical forest carbon sequestration is slowing down as a result of deforestation, we urgently need to protect existing forests. If we combine this with finding more sustainable ways of harvesting forest products such as timber, and planting native, new forests, we can ensure that trees really do help us in the fight against climate change. 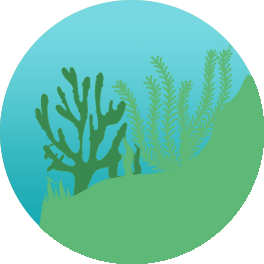 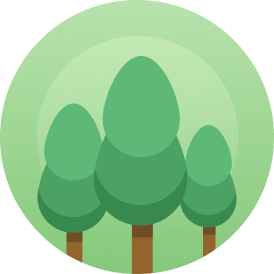 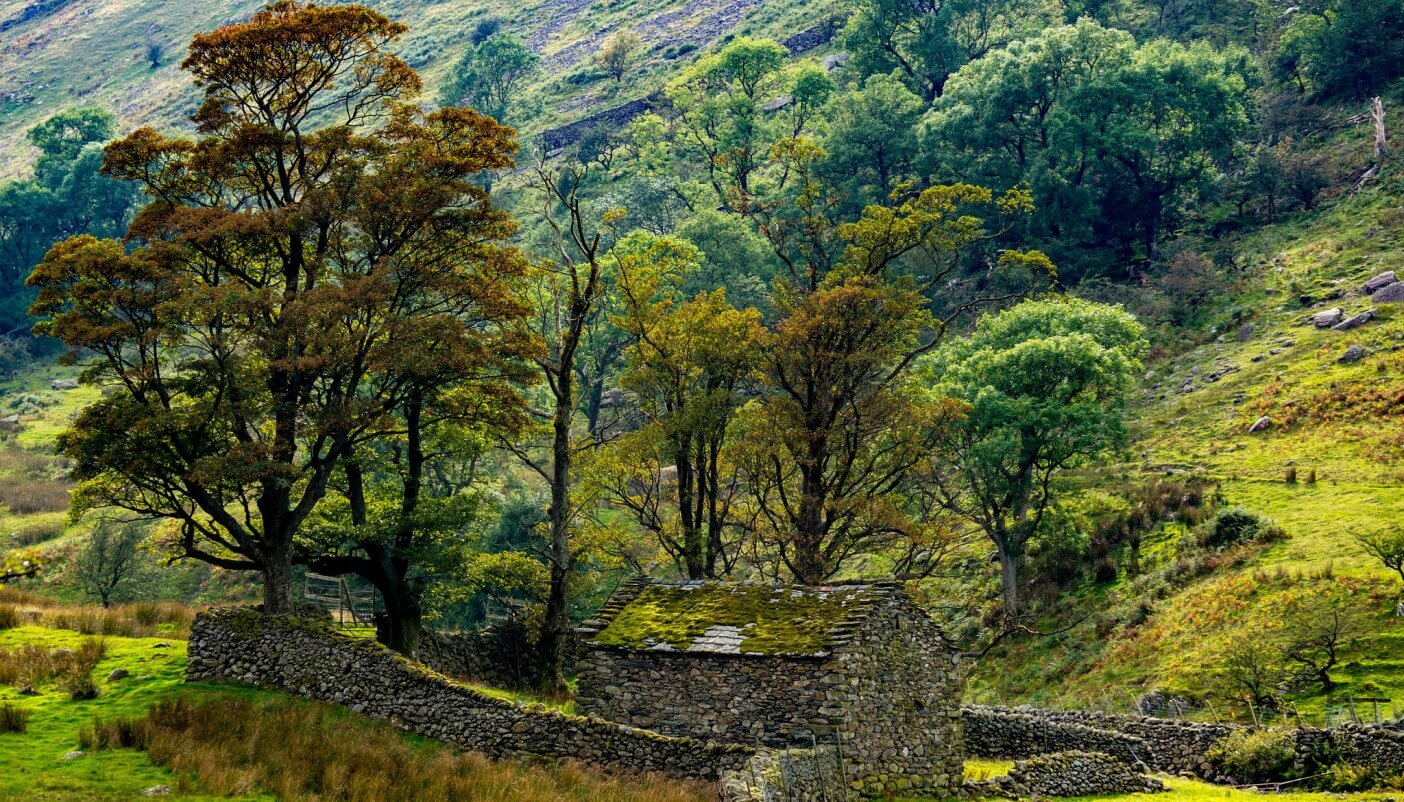 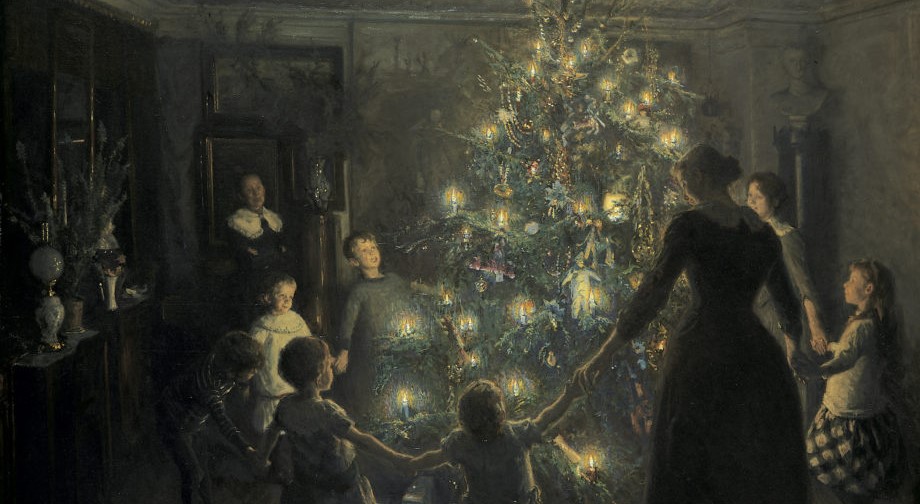 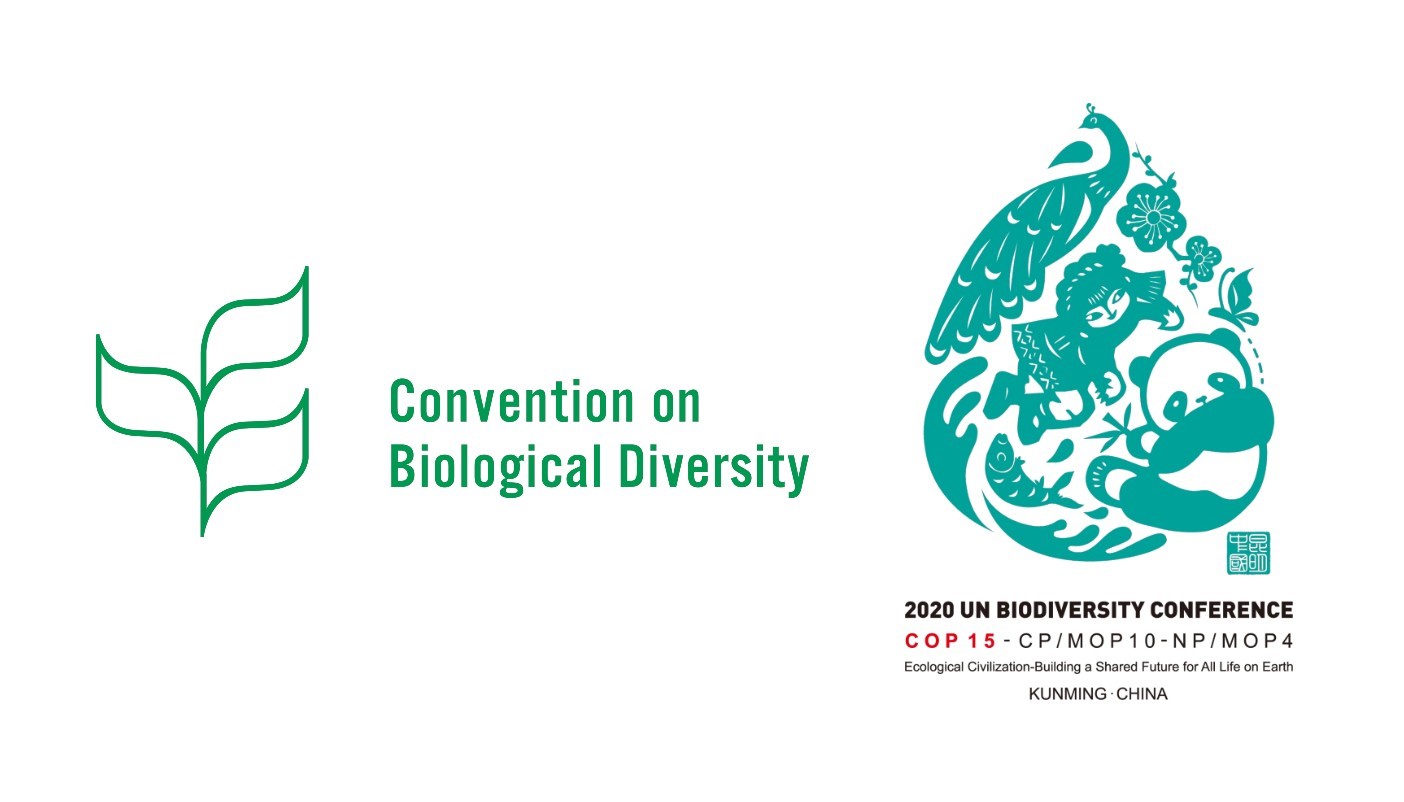